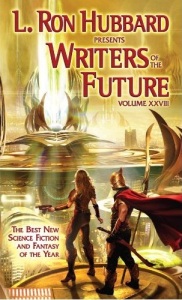 There had been chaos on Earth when humanity’s near-eradication was made public, a few full-scale wars too as the divide opened up between those wanting nothing to do with the Alliance and the threat it still posed, and those who realised the clock couldn’t be put back, contact couldn’t be undone, that Earth was now part of the interstellar community whether it liked it or not. Decades on, pragmatism had won out, an uneasy acceptance that the Alliance did things for a reason, and one day we’d understand.

Now that compliance meant putting another race under the spotlight.

Anderson looked down at the displays on his desk, live-feed schematics of the Caron system and the eighteen planets that made it up, including the gas giant Caron-e they were currently orbiting, and Caron-c, Earth-like in so many ways, whose inhabitants were meant to be getting to surprise of their lives in just three weeks’ time.

This is the story that won Writers of the Future — First place winner, third quarter of 2011, with the writing week and awards ceremony taking place in April 2012. For details of the contest, what it was like to win, and what the week in L.A. was like, look here.

The story came about once I’d decided to make the Writers of the Future contest my main aim, which included researching the previous anthologies to get a better feel for the style and content of winning entries. As a result, this story of first contact with an alien race took the prize. 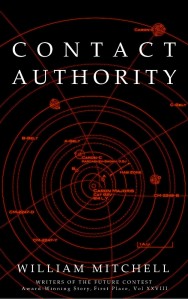 Contact Authority is now available on Amazon as a standalone story – the Writers of the Future publishers and contest organisers very kindly gave permission for it to be published to Kindle, so it is now available here. Look out for free giveaways!